Is A 'Fast & Furious' Universe In The Franchise's Future? 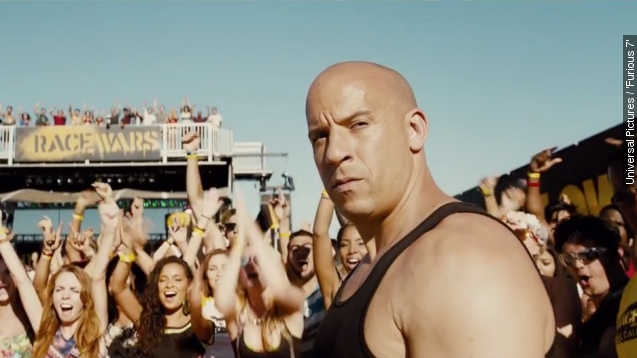 "Let's go for a little ride," said Vin Diesel's character in "The Fast and the Furious."

But just when we thought the upcoming trilogy would be the end of the franchise, studio insiders are now saying there have been talks between Universal and Vin Diesel about spinoffs and prequels.

The concept likely stems from the success of the Marvel Cinematic Universe, where characters get to headline their own movies and appear in other films. (Video via Walt Disney Studios Motion Pictures / "Avengers: Age of Ultron")

In a way, the "Fast and Furious" franchise already tried this with "Tokyo Drift." The third installment had a different cast of characters, which may be why it has faced the worst box office earnings out of the seven films. (Video via Universal Pictures / The Fast and the Furious: Tokyo Drift)

But the supposed flop also gave the series one of its most beloved characters: Han. (Video via Universal Pictures / "Fast Five")

Besides Han getting his own spinoff, many fans are hoping The Rock's character Agent Hobbs will get the same treatment. (Video via Universal Pictures / "Furious 7")

So is this just the studio milking a franchise for all it's worth?

The films have made, on average, $550 million, with the last movie alone making over $1.5 billion. (Video via TMZ)

But if we've learned anything from the Marvel Universe, it's that letting characters take turns at center stage means more chances to reveal their complexities. (Video via Walt Disney Studios Motion Pictures / "The Avengers")

And if the "Fast and Furious" spinoff stories intertwine, Universal Studios will be showing it understands fans don't just want heroes who run and drive and shoot but also the "hows" and "whys" they got to where they are. (Video via Universal Pictures / "The Fast and the Furious")