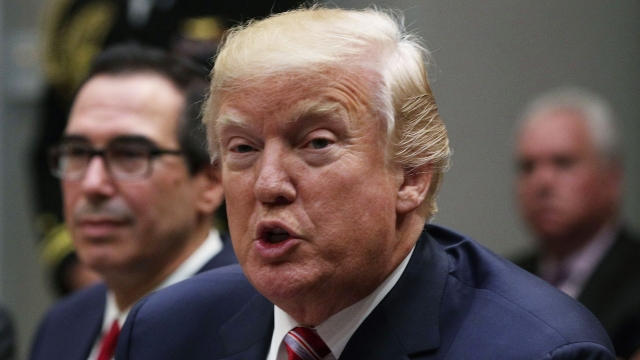 House Democrats are giving the Trump administration until April 23 to turn over the president's tax returns.

Mnuchin seemed skeptical of the committee's request. He told the committee in a previous response that he was talking with the Justice Department over concerns that the request wasn't constitutional.

In his latest letter to the IRS, Neal said failure to send the president's tax returns by April 23 will be "interpreted as a denial of my request." The move could set up a legal face-off between the White House and Congress.