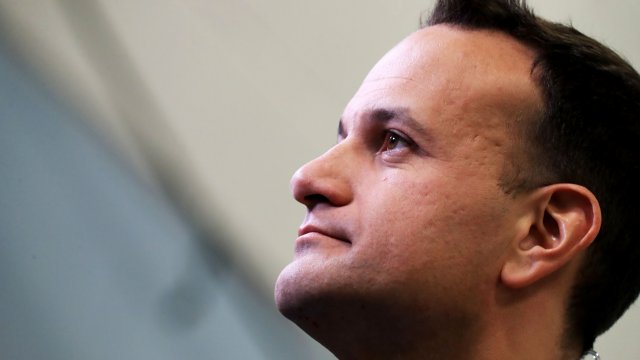 Irish prime minister Leo Varadkar has stepped down from his position.

A statement from the government said Varadkar tendered his resignation to the president Thursday evening. Varadkar and his government will continue to carry out their duties until successors have been appointed.

The decision comes after representatives in parliament voted Thursday to choose the next prime minister, called a taoiseach. But none of the three candidates received enough votes to command a majority, and Varadkar came in third.

Ireland's general election earlier this month left the country in a political deadlock. No single political party was able to secure a majority.

Varadkar was elected as the head of the Fine Gael party in 2017 and assumed control of the country's coalition government.

Varadkar represented a few historic firsts for Ireland. He was the country's first openly gay taoiseach, the first leader of Asian descent, and the youngest leader at just 38 years old when he was elected.