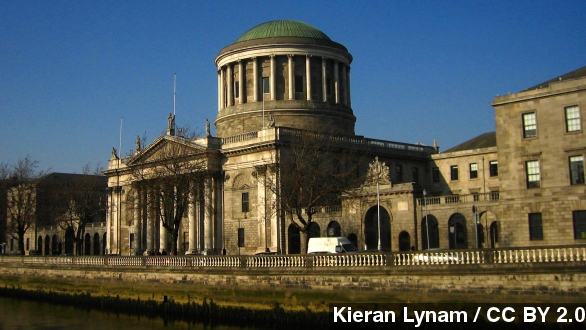 SMS
Irish Court OKs Removing Pregnant Woman From Life Support
By Matt Picht
By Matt Picht
December 27, 2014
The case sparked heated debate in Ireland, which has some of the strictest anti-abortion laws in Europe.
SHOW TRANSCRIPT

An Irish High Court has ruled a pregnant woman should be taken off life support — three weeks after being declared clinically dead.

The woman was 15 weeks pregnant when she suffered severe brain trauma from a fall, and was declared clinically dead on Dec. 3. But doctors kept her on life support against the family's wishes, over concerns about the fate of her unborn child.

The Court's ruling did support the rights of her unborn child, but found its prospects for survival were virtually nonexistent. One medical expert told the court the child's prospects were "nothing but distress and death."

The case reignited debate about Ireland's anti-abortion laws, which are some of the strictest in Europe. NBC notes the doctors in this case "could be sued for negligence or even face murder charges if they cut life-sustaining support for the fetus."

The country's anti-abortion laws were similarly challenged in 2012, when a pregnant women died from complications after doctors refused to abort her child. (Video via YouTube / USi Ireland)

Neither side of the case will appeal the ruling.