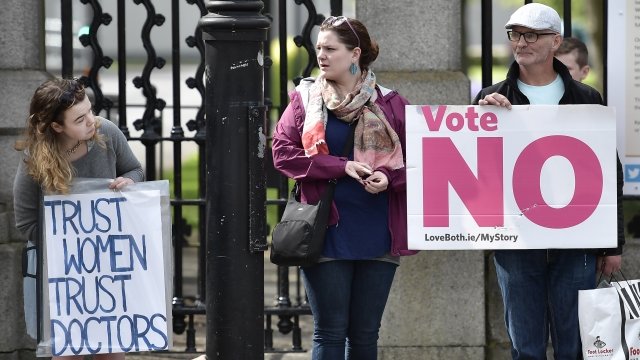 Right now most abortions in Ireland are illegal, but that could change if voters decide to repeal a constitutional amendment that bans them.

On May 25, if a majority votes to repeal the country's Eighth Amendment, lawmakers will create and pass abortion legislation. If the repeal doesn't pass, Ireland's abortion laws will remain unchanged.

Five years ago, Ireland legalized abortion under certain conditions, like if a woman's life is at risk.

But on Friday, and for the first time in 35 years, voters in Ireland have a chance to substantially change the country's abortion laws.

Additional content for this story provided by affiliate CNN.