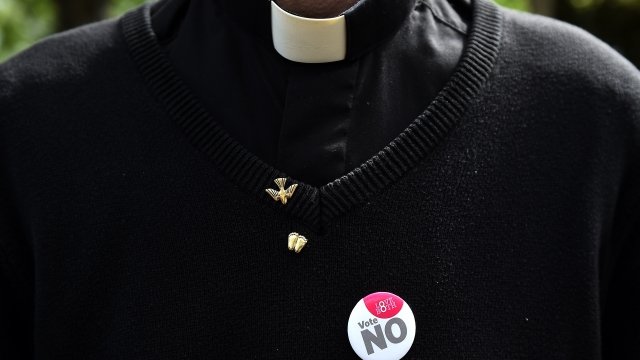 SMS
Ireland's Abortion Vote Steers Clear Of The Catholic Church
By Matt Picht
By Matt Picht
May 25, 2018
Ireland is a predominantly Catholic country, but the church's moral influence on the nation has waned in recent years.
SHOW TRANSCRIPT

Ireland is still an overwhelmingly Catholic nation. But during the country's big debate on abortion rights, the Catholic Church mostly sat on the sidelines.

The Church was instrumental in enshrining a strict abortion ban into Ireland's constitution in 1983. Clergy members have spoken out against repealing the ban, but the church hasn't taken a leading role in the new referendum.

Instead, pro-life campaigners in Ireland have made secular arguments about preserving the human rights of unborn children. Pro-choice activists have argued repealing the ban will help give women in Ireland access to essential health care.

Ireland has been steadily decoupling its laws from the church's positions, following a wave of global and local scandals. Most recently, Ireland legalized same-sex marriage in a similar referendum in 2015. 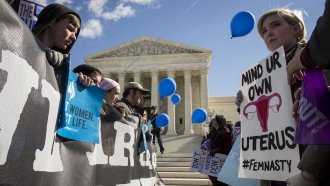 Despite the church's more muted opposition, the referendum has been deeply divisive in Ireland. Abortion activists say cultural taboos about discussing sex and sexual health have enshrined the church's position on abortion.

Ahead of the vote, the Irish government outlined its plans for new abortion laws if the referendum passed. Those included a controversial measure allowing women to have abortions in the first 12 weeks of pregnancy without giving a specific reason.