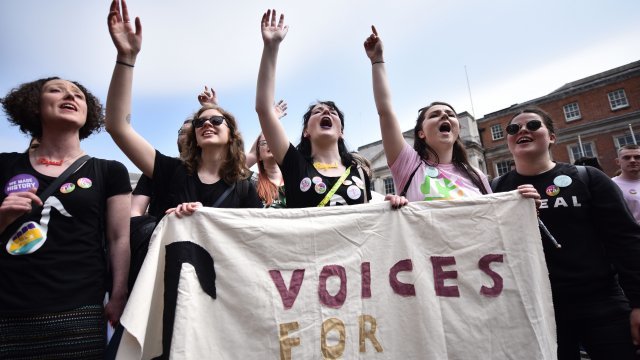 Irish President Michael Higgins signed a repeal of the country's Eighth Amendment banning abortion on Tuesday. And 24 hours later the country's health minister said the procedure would be available at no cost.

Health Minister Simon Harris told reporters he wants to keep people from having to go to other countries for the service by making sure "cost is not a barrier" to anyone.

He said in 2016 over 3,000 people likely traveled outside of Ireland to get abortions.

Harris also said he hopes offering the service for free will keep abortion clinics from opening up. He wants abortions to be integrated into the country's primary health care system.

Ireland is expected to have a new law regulating abortion by 2019. Abortion is still illegal in Northern Ireland.