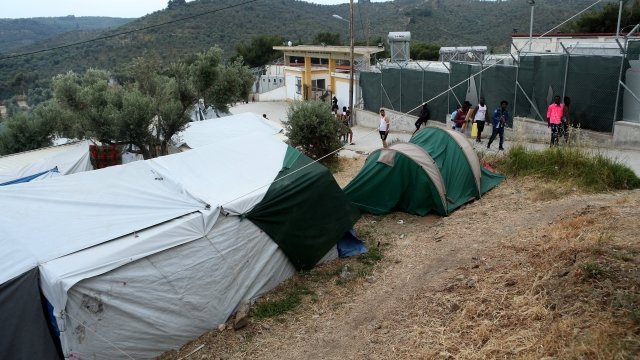 The International Rescue Committee released a report on the camp — called Moria — located on the Greek island of Lesbos. The organization said the camp is overcrowded, with more than 8,500 people crammed into the facilities, which is only set up to house some 3,100 people.

The report also said the living conditions have put those living there under mental strain. Fights, riots and suicide attempts are common. The IRC said 30 percent of its clients have tried killing themselves and 60 percent have thought about it.

As for the physical conditions: There is one shower for every 84 people and one toilet for 72 people to share. Migrants have to wake up at four in the morning to get food and water, which is handed out at eight. And the sewage system is overflowing.

Doctors Without Borders and a number of non-governmental organizations have also issued statements harshly criticizing the living conditions at Moria.

The IRC's report listed more than a dozen recommendations for various organizations to help the conditions at Moria, including increasing police patrols at the camp and making better use of the sleeping facilities it has.

Last week, Greece's prime minister and a European migration official made plans to relocate hundreds of migrants from Moria to mainland Greece by the end of the week.

The issues at Moria come as some European countries are taking hard-line stances against migration, limiting the number of migrants certain countries can take in and denying ports to migrant rescue ships.