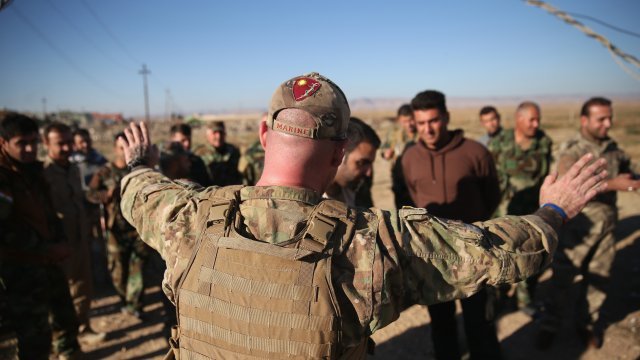 One day after President Trump made a surprise visit to Iraq, some of that country's lawmakers denounced the trip and demanded U.S. military forces leave the country.

That includes one of the major political parties in Iraq, which said Trump's visit to Al Assad Air Base occurred "in a way that has no respect for the country sovereignty or the norms of diplomacy."

One lawmaker said "We demand all U.S. troops leave Iraq and [the] Iraqi government should consider them as occupiers."

Another said "Trump should know that Iraq is not an American state," and that the Iraqi prime minister "should bear responsibility."

The President and First Lady spent about three hours visiting with U.S. troops on Wednesday. According to the White House, Trump was unable to meet in person with Iraqi Prime Minister Adil Abdul-Mahdi due to logistical and security reasons. So, the two leaders had a phone call instead.

But CNN reports a statement from the Prime Minister's office noted Wednesday's meeting was canceled over a "variation of views."

Abdul-Mahdi and U.S. Secretary of State Mike Pompeo are scheduled to meet in Baghdad on January 11.