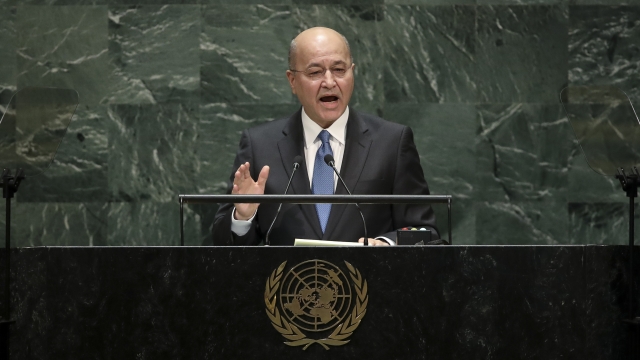 ​Iraqi President Barham Salih said he'd rather resign than appoint the parliament's Iran-backed pick to be the next prime minister.

Iraqi President Barham Salih has reportedly threatened to resign over the Iran-backed nominee for the country's next prime minister to "safeguard civil peace."

On Wednesday, the largest bloc in Iraq's parliament nominated Asaad al-Eidani, the governor of the Basra province, to be the new prime minister. Protesters took to the streets that same day to demand an independent candidate.

According to Iraq's constitution, once the nomination is made, the president is then tasked with officially appointing them. But Al Jazeera reports President Salih's office issued a statement on Thursday saying that appointing al-Eidani would not satisfy protesters' demands for a candidate with no political affiliation. Because the constitution does not allow for the president to reject nominees, Salih said he was willing to resign from his post and leave it up to parliament to decide "what they see fit."

The country's last prime minister, Adil Abdul Mahdi, announced he was stepping down last month in response to ongoing anti-government protests that began in early October. Hundreds of people have been killed and tens of thousands more wounded since the mass uprisings began.