Iranians Protest Trump's Decision To Pull US Out Of Nuclear Deal 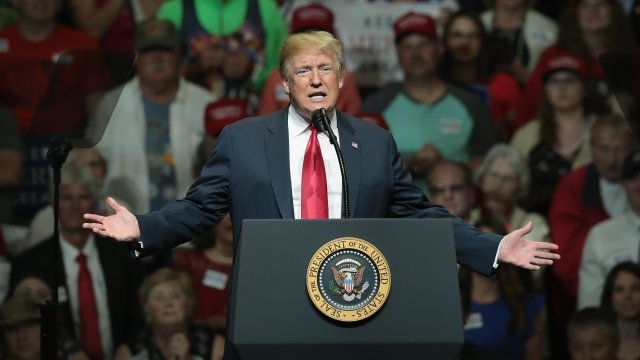 Thousands of people gathered in Iran's streets Friday to protest President Donald Trump's decision to pull the U.S. out of the Iran nuclear deal.

Several protesters were caught on camera burning an American flag after morning prayers.

Trump pulled out of the deal Tuesday. France, the U.K., Germany, Russia, China, the U.S. and Iran signed the deal in 2015. It puts restrictions on Iran's nuclear program in return for relief from economic sanctions.

In a statement, the Iranian government said its foreign minister is going to work with the remaining parties and try to salvage the deal.

President Trump's decision could have an effect on the price of gas.

At the same time, Iran says it's getting ready to pursue nuclear enrichment on an "industrial scale."

CNN reports Friday's protests were also held to rally against Israel, which claims to have destroyed almost all of Iran's military infrastructure in Syria.