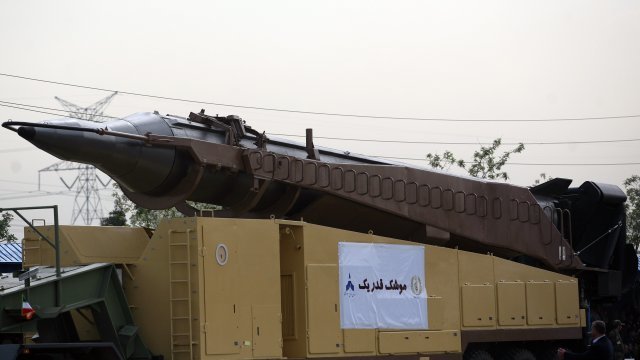 SMS
The US May Sanction Iran — But That Won't Stop Iran's Missile Program
By Gabrielle Ware
By Gabrielle Ware
October 29, 2017
Iran's president said Sunday that the country will continue making missiles.
SHOW TRANSCRIPT

Just days after the U.S. House of Representatives voted for new sanctions on Iran, Iranian President Hassan Rouhani said the country will continue to produce missiles.

In a speech to Parliament, he said, "We will build, produce and store any weapon of any kind we need to defend ourselves, our territorial integrity and our nation, and we will not hesitate about it."

That announcement could complicate an increasingly precarious situation between the two countries. 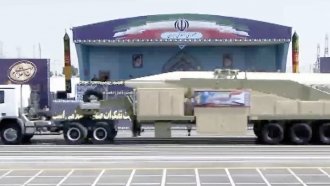 President Donald Trump already felt the country was in violation of the Iran nuclear deal. He announced he wouldn't recertify it earlier this month.

The deal is meant to curb Iran's nuclear weapon development. In exchange, the U.S. and other countries agreed to curb economic sanctions against Iran.

Sunday, Rouhani said Iran's missile program doesn't violate the terms of the deal and that the U.S. is in violation of the agreement for refusing to recertify it.

Rouhani stated back in August that Iran could abandon the deal "within hours" if the U.S. keeps imposing new sanctions against it.

The U.S. is currently considering reimposing sanctions that were lifted under the agreement. Congress has 60 days from decertification to make a decision.