Iran's President Says It Will Continue Withdrawing From Nuclear Pact 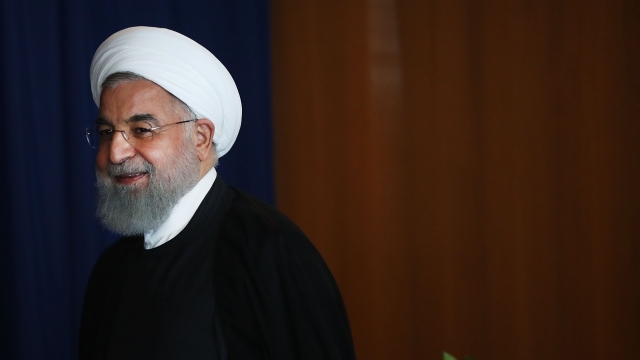 SMS
Iran's President Says It Will Continue Withdrawing From Nuclear Pact
By Ethan Weston
By Ethan Weston
June 15, 2019
Iran stopped enforcing parts of the 2015 pact in May, around a year after the U.S. withdrew completely.
SHOW TRANSCRIPT

Iran's president says his country will continue to scale back compliance with a 2015 nuclear agreement unless it sees "positive signals" from other signatories.

The country stopped enforcing parts of the 2015 nuclear deal in May, around a year after the U.S. withdrew from the pact. That original deal was signed by the U.S., Iran, and a number of other countries in Europe and Asia.

Iran says it wants to see "all the sides" of the agreement working to restore the pact. But it did not give details about what sort of "positive signals" the country was looking for.

The comments come at a tense time between the U.S. and Iran. On Thursday, the U.S. accused Iran of attacking two oil tankers. Iran has denied responsibility.

Other members of the pact have been hoping to save it, but they're facing push back from domestic companies which canceled deals with Iran under U.S. financial pressure.