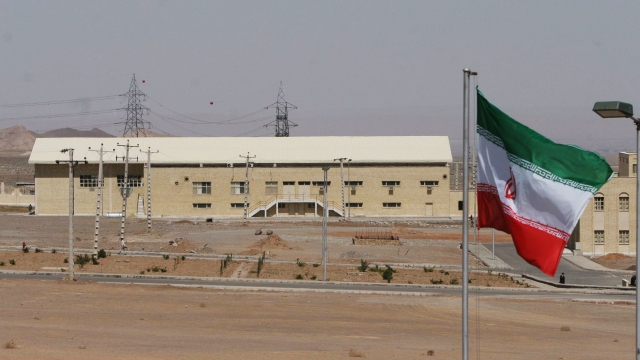 SMS
Iran Warns Of ‘Strong Step’ From 2015 Nuclear Deal If EU Doesn't Act
By Ahmed Jawadi
By Ahmed Jawadi
September 2, 2019
​Iran said the country would take the next step in reducing its nuclear obligations if Europe fails to honor its commitments by Sept. 6.
SHOW TRANSCRIPT

Iran has warned it would stop following more parts of the 2015 nuclear deal if European parties don’t take action to save the pact.

An Iranian government spokesperson said Monday the country would take the third step in reducing its nuclear obligations if Europe fails to honor its commitments by Sept. 6. He didn't specify what commitments Europe needed to honor, nor did he say what the third step would be, but said it "will be heavier than the first and second ones."

Iran first announced it would stop complying with parts of the Joint Comprehensive Plan of Action back in May unless the remaining countries helped reduce pressure put on it by U.S. sanctions. President Donald Trump reimposed those sanctions after pulling the U.S. out of the deal in 2018, and imposed new sanctions on top of that.

The spokesperson said there have been serious talks between Iranian President Hassan Rouhani and French President Emmanuel Macron over the last few weeks, and that "technical discussions are being held on ways to carry out the Europeans’ commitments (in the nuclear deal)."

Iranian Foreign Minister Javad Zarif told reporters Sunday the country will "be complying with its obligations in full when the Europeans comply with theirs in full."