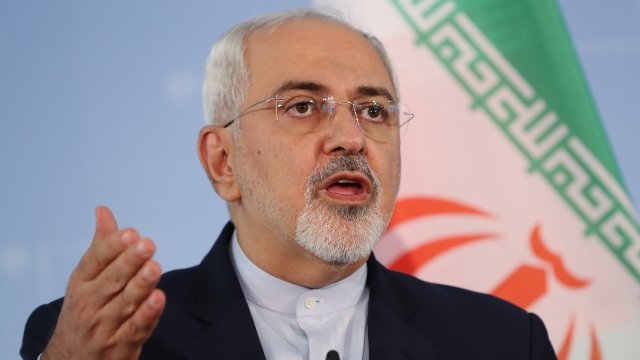 SMS
Iran Urges Countries To Stand Up To US 'Bullying' Over Nuclear Deal
By Briana Koeneman
By Briana Koeneman
June 4, 2018
According to several reports, Mohammad Javad Zarif made this request to his counterparts in a letter last week.
SHOW TRANSCRIPT

Iran's foreign minister is calling on the international community to stand up to the U.S. government's "bullying" and save the 2015 nuclear deal.

According to several reports, Mohammad Javad Zarif made this request to his counterparts in a letter last week.

Zarif was quoted as asking "the remaining signatories and other trade partners" to "make up for Iran's losses" caused by the U.S.'s decision to leave the nuclear deal — if they want to save it.

He also reportedly said Washington's "illegal withdraw" from the historic agreement and "bullying methods ... to bring other governments in line" have discredited the international rule of law.

President Donald Trump announced last month that he would pull the U.S. out of the deal, much to the dismay of many other countries, including some key American allies.