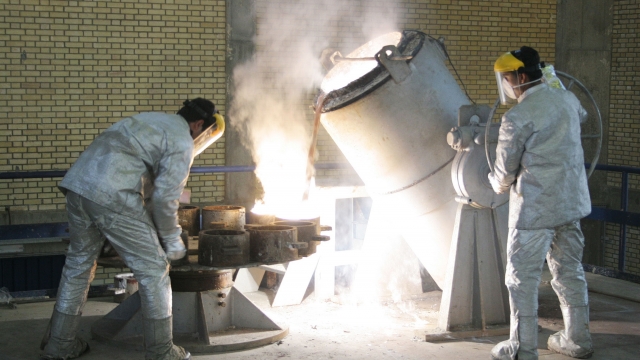 SMS
Iran To Start Injecting Uranium Gas Into Centrifuges
By Katherine Biek
By Katherine Biek
November 5, 2019
It's another break from the 2015 nuclear deal, which allows Iran to continue operating those centrifuges as long as they spin empty.
SHOW TRANSCRIPT

Iran's president announced his country will begin to inject uranium gas into more than 1,000 centrifuges at its Fordow uranium enrichment facility starting on Wednesday.

It marks another break from the 2015 nuclear deal. Under the deal, Iran is allowed to continue operating those centrifuges as long as they spin empty. That's because introducing uranium gas into the centrifuges is part of the process for enriching uranium.

Additionally, the nuclear chief said Iran has a prototype in the works for a centrifuge that'll produce uranium even faster.

The Trump administration withdrew from the Iran nuclear pact last year. Since then, the U.S. has gradually reimposed sanctions on Iran, which hit the country's economy hard.