Iran To Abandon Another Commitment Under Nuclear Deal 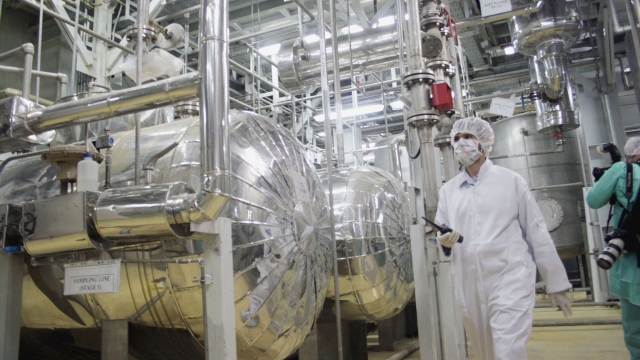 Iran is taking another step toward reducing its commitments to the 2015 nuclear deal — this time, by abandoning restrictions placed on its nuclear research and development.

Iranian President Hassan Rouhani announced the country would begin to develop centrifuges to speed up its uranium enrichment starting on Friday.

Rouhani's following through on a threat he made earlier this week to stop abiding by another part of the nuclear deal if European powers don't take action to save the pact.

The Trump administration withdrew from the deal last year. Since then, the U.S. has gradually reimposed sanctions on Iran, which hit the country's economy hard.

Iran wants Europe to help lessen the pressure put on the country by those U.S. sanctions. In an effort to force Europe to act, Iran's already abandoned two other key commitments it made under the nuclear deal.

And it appears poised to abandon another in a few months' time. Rouhani gave Europe another 60 days on Wednesday to come up with a way to salvage the nuclear deal or risk Iran violating another one of its commitments.