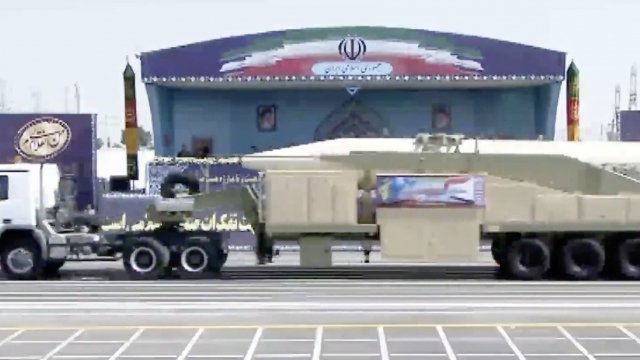 The Trump administration is mulling over the 2015 deal that curbs Iran's nuclear program, and now Iran appears to be testing the president by testing a ballistic missile.

Iran's state-owned media announced the successful test-launch hours after the missile was unveiled at a military parade. Press TV reported the missile is "capable of carrying multiple warheads" but noted Iran's insistence that its missiles were designed for "defense purposes" and not nuclear capabilities.

The test comes the same week President Donald Trump used his speech at the United Nations General Assembly to berate Iran and again flirt with the idea of backing out of the 2015 nuclear agreement.

Iranian President Hassan Rouhani said his country was still committed to the deal, which lifts sanctions on the country as long as it doesn't advance its nuclear weapons program. The agreement does not mention conventional missile tests.

But Trump has said before that Iran is not complying with the "spirit" of the agreement, and Secretary of State Rex Tillerson has said Iran is "clearly in default of the expectations" of the deal. One goal of the agreement — which is officially known as the Joint Comprehensive Plan of Action — is to promote "regional and international peace and security." 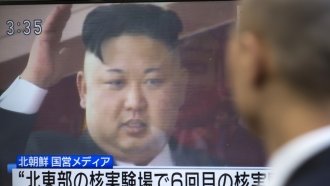 Trump has until Oct. 15 to decide whether he wants to recertify Iran's compliance with the deal.

If he says the country has violated the agreement, Congress will have 60 days to decide if the U.S. should re-impose the economic sanctions the deal lifted.