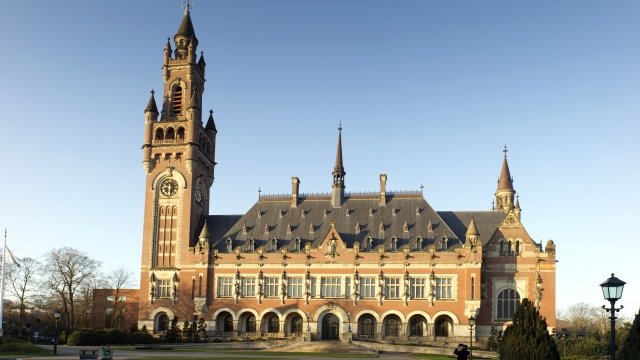 Iran is asking the International Court of Justice to make the U.S. lift sanctions against the country.

Iran filed a lawsuit with the U.N.'s highest court in July. The Middle Eastern country says the U.S. is violating some of the terms of a 1955 treaty that regulates economic and consular relations between the two countries.

The presiding judge started Monday's hearing by telling the U.S. to respect any decision the court makes. Reuters reports the U.S. and Iran have both previously ignored some of the court's rulings.

In an initial written statement, the U.S. said the International Court of Justice shouldn't have jurisdiction in this conflict. It also argued the 1955 treaty doesn't apply to the sanctions against Iran.

During oral arguments on Monday, a lawyer from Iran said the U.S. is promoting a policy "intended to damage" Iran's economy, companies and people, and that its actions are "plainly a violation" of the treaty.

The U.S. is scheduled to hold its first round of oral arguments on Tuesday. The ICJ will hold public hearings until Thursday and is expected to issue a ruling within a month.