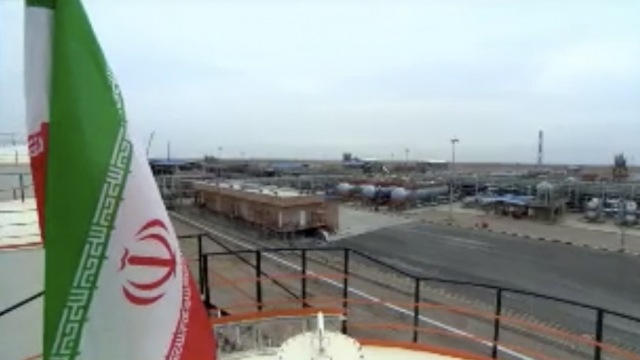 SMS
Iran Wants Foreign Investors To Help Restore Its Oil Market
By Lindsay Gloor
By Lindsay Gloor
October 17, 2016
Iran has managed to increase production since sanctions were lifted, but it desperately needs investors so it can update its out-of-date machinery.
SHOW TRANSCRIPT

"Can we wait and not produce after lifting the sanction? Who can accept it in Iran?" Iranian Oil Minister Bijan Zanganeh asked a CNN reporter.

Sanctions restricting Iran's oil production were lifted earlier this year. And the oil-rich nation has wasted no time increasing its output once again.

Iran faced a series of harsh sanctions imposed over the country's nuclear weapons program, revealed in 2002. The U.S. and European Union chose to lift sanctions in January 2016, several months after the Middle Eastern nation signed a nuclear agreement.

As Iran works to reach pre-sanction levels, it has started taking applications for foreign and domestic energy projects.

One Iranian official even went so far as to say, "Without oil revenues Iran's development will not be possible, so nothing is more important than oil and gas for Iran."

Despite the lack of investors up to this point, Iran is OPEC's third-largest oil producer and has consistently opposed the cartel's attempts to cap production.

Critics of Iran's increasing production argue that the country is only contributing to the supply glut of oil that continues to drive prices down. That's good for American drivers, but not as good for oil-producing nations.