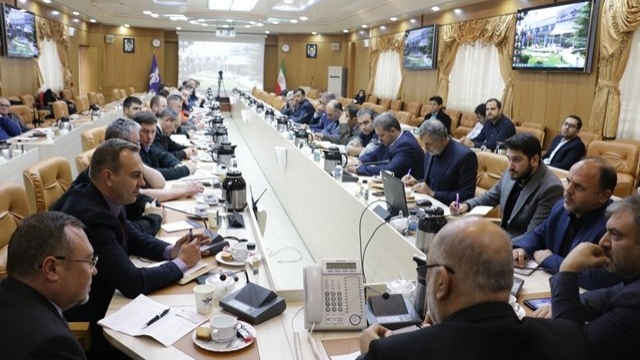 SMS
Iran Says Ukrainian Plane Was On Fire Before It Crashed
By Katherine Biek
By Katherine Biek
January 9, 2020
The Boeing 737-800 NG plane had just departed from an airport in Tehran Wednesday morning when it disappeared from radar.
SHOW TRANSCRIPT

Experts from Iran and Ukraine met for the first time in Tehran Thursday to jointly investigate the Ukrainian International Airlines plane crash.

None of the 176 people on board the jet to Kyiv survived. The Boeing 737-800 NG plane had just departed from an airport in Tehran Wednesday morning when it disappeared from radar.

A top Ukrainian security official says investigators are looking into a wide range of possibilities for what might've caused the plane to catch on fire, including an engine malfunction, collision with a flying object, an anti-aircraft missile strike or a terrorist attack.

Investigators have retrieved the plane's black boxes from the crash site. But it's unclear if Iran or Ukraine have the capability to analyze them. Iran's already said it won't turn over the boxes to Boeing or the U.S.' National Transportation Safety Board, which normally would help investigate any international accident involving an American-made plane.

Meanwhile, Ukraine's president declared Thursday to a national day of mourning. People have been paying their respect to the victims at a memorial set up at an airport in Kiev.