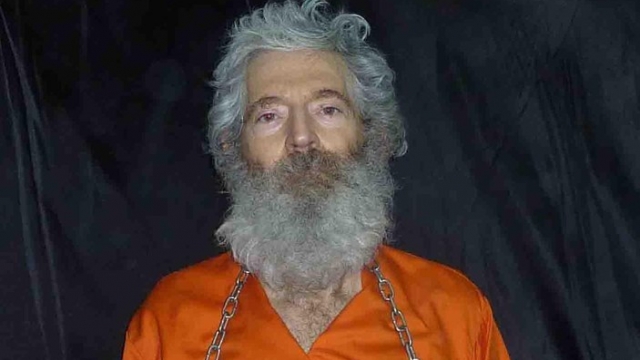 SMS
Iran Says There's A Missing Persons Case Into Former FBI Agent
By LeeAnne Lowry
By LeeAnne Lowry
November 10, 2019
Iran's Foreign Ministry clarified on Sunday that Levinson "has no judicial or criminal case" in any court in the country.
SHOW TRANSCRIPT

Iran says the country opened a missing persons case into the disappearance of former FBI agent Robert Levinson. He went missing during a visit to Iran in 2007.

In a filing with the U.N., the country acknowledged for the first time that there is an ongoing case in the Public Prosecution and Revolutionary Court of Tehran involving Levinson, but it didn't give any other details. The Associated Press says that court "typically handles espionage cases and others involving smuggling, blasphemy and attempts to overthrow its Islamic government."

Iran's Foreign Ministry clarified Sunday that Levinson "has no judicial or criminal case" in any Iranian court, and it's normal for a case to be opened for a missing person.

Last week, the State Department announced it's offering $20 million for any information about Levinson. That's on top of an unclaimed $5 million reward from the FBI. The U.S. says Levinson was taken hostage by the Iranian regime. But Iranian officials have said they don't know anything about him or his whereabouts. It's unclear when the filing to the U.N. was submitted.