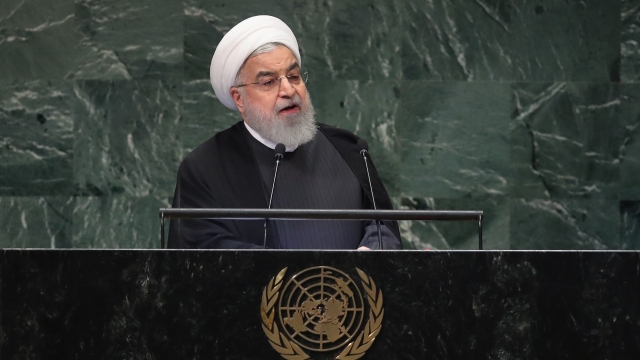 SMS
Iran Says It's Made Arrests Over The Downing Of Ukrainian Jet
By Katherine Biek
By Katherine Biek
January 14, 2020
Iranian President Hassan Rouhani called for the judiciary to establish a special court to investigate the incident.
SHOW TRANSCRIPT

An unspecified number of people in Iran have been arrested in connection with the accidental downing of a Ukrainian International Airlines plane.

A spokesman for Iran's judiciary said Tuesday that "extensive investigations have taken place and some individuals are arrested."

Iranian officials originally insisted that an engine malfunction caused the plane to crash shortly after takeoff on Jan. 8, killing all 176 people on board.

Iran later said its armed forces mistakenly shot down the jet, thinking it was a hostile missile. The country had been preparing at the time for the U.S. to retaliate over an Iranian missile strike on bases housing U.S. and coalition troops in Iraq.

In translated remarks Tuesday, Iranian President Hassan Rouhani called for the judiciary to establish a special court to investigate the situation.

"I announce that we will do the follow-up in order to detect all aspects of the event and punishing those responsible and also giving assurances to the people that such an event will not happen again," Rouhani said.