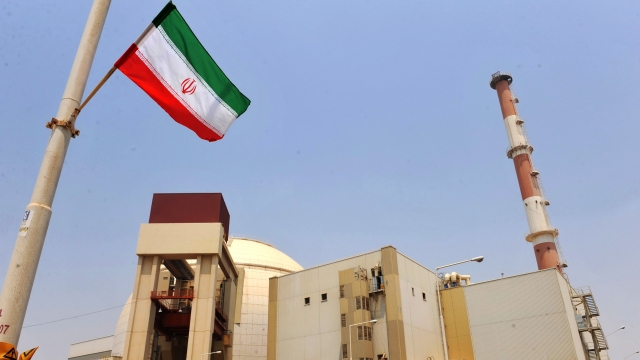 In a matter of days, Iran says its stockpile of nuclear fuel will exceed the amount it's allowed to have under the 2015 nuclear deal.

During a news conference Monday, a spokesperson for Iran's Atomic Energy Organization said the country's stockpile of enriched uranium could exceed its 300 kilogram limit by June 27.

But he said Iran would stay within that limit if European countries followed through on their plans to give Iran access to international financial systems and protect against reinstated U.S. sanctions.

Last week, Iran's president said his country will continue to scale back compliance with the nuclear agreement unless it sees "positive signals" from other members of the pact.

Iran stopped complying with parts of the deal in May, around a year after the U.S. withdrew from the pact. That original deal was signed by the U.S., Iran, and a number of other countries in Europe and Asia.

Iran says it wants to see "all the sides" of the agreement working to restore the pact. It didn't give details about what sort of "positive signals" the country was looking for.

But other members of the pact have been working to keep it intact. Germany, for example, said earlier this month a payment system designed to get around U.S. sanctions on Iran will be ready soon.