Iran Says Its Forces Have Seized A Foreign Oil Tanker 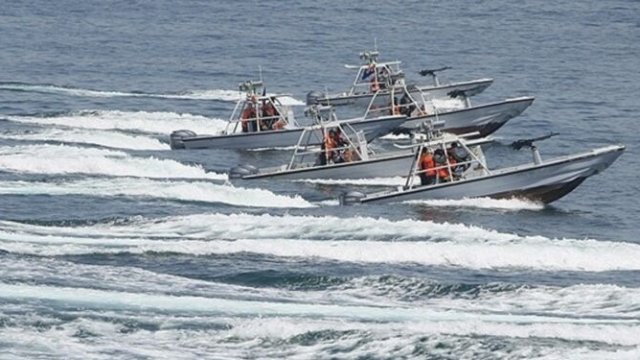 SMS
Iran Says Its Forces Have Seized A Foreign Oil Tanker
By Austin Kim
By Austin Kim
July 18, 2019
Iran reportedly seized an oil tanker that was carrying 12 crew members and 1 million liters of fuel through the Strait of Hormuz.
SHOW TRANSCRIPT

Iran's Revolutionary Guard claims it seized a foreign oil tanker traveling through the Strait of Hormuz last weekend, according to a state-run media outlet.

The report says the guard's patrol boats intercepted the tanker over the weekend for allegedly smuggling oil to foreign customers. It says the vessel, with 12 crew members, was carrying approximately 1 million liters of fuel.

The report did not identify the tanker. However, multiple U.S. outlets point out it appears to be the MT Riah, which is based in the United Arab Emirates. According to ship tracking site Vesseltracker, the Riah turned off its distress tracker before it went missing last weekend.

Oil tankers have been targeted amid heightened tensions in the region. The U.K. seized an Iranian oil tanker earlier this month, with Iran's Supreme Leader declaring that such actions would not go "without a response." The U.S. also blames Iran for attacking two tankers in the Gulf of Oman in June.