Iran Says It's Reducing Its Commitments To The Iran Nuclear Deal 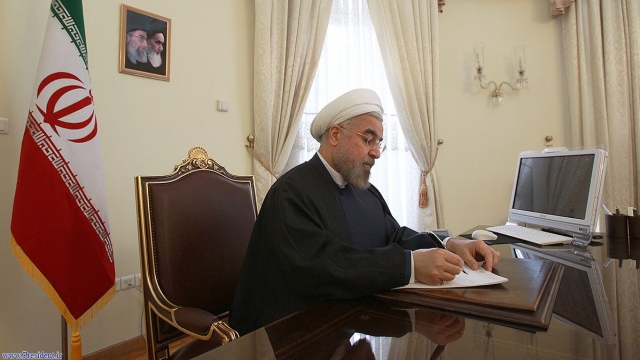 Rouhani announced the move in a televised speech Wednesday. The Iranian leader said the country would reduce its commitments and warned the remaining parties in the deal — France, Britain, Germany, Russia and China — of his plan.

He said the decision was made "to protect the security and national interests of the people of Iran." Rouhani said the U.S. has shown "blatant bullying behavior" by reimposing "unilateral, illegal sanctions contrary to all internationally recognized principles" after its "illegal withdrawal" from the deal.

So what exactly does "reducing commitments" mean in this case? Iran will no longer limit its stockpile of enriched uranium and the heavy water that's produced in that process.

The country also gave the other parties still in the nuclear deal a deadline: lessen the pressure put on Iran by secondary U.S. sanctions — "especially in banking and oil fields" — within 60 days, or Iran will "suspend compliance with the uranium enrichment limits" and take measures to update its heavy water reactor.

If Iran's demands are met, Rouhani said the country will "resume the same amount of suspended commitments."