Iran Says It's Now Enriching Uranium To 5%, Has Capacity Of 60% 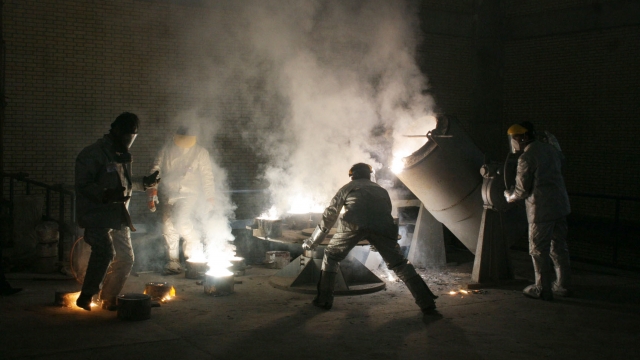 Iran's Atomic Energy Organization said Saturday the country's now enriching uranium to 5% and has the capacity to go up to 60%. The increase steps further away from the 2015 Iran nuclear deal's uranium enrichment limit of 3.67%.

The enrichment process increases the percentage of a particular uranium isotope. When uranium is used as fuel for nuclear reactors, it's typically enriched to somewhere between 3% and 5%. To be used as a weapon, it needs to be enriched to at least 90%.

Last year, the Trump administration withdrew from the Iran nuclear pact. Since then, the U.S. has gradually reimposed sanctions on Iran, hitting the country's economy hard.

European nations are still in the deal, but Iran started rolling back its commitments to the agreement in May. It's vowed to continue taking incremental steps away from its commitments under the deal until it gets better terms to offset U.S. sanctions.

Secretary of State Mike Pompeo says Iran's recent actions raise concerns that the country is putting itself in the position to build nuclear weapons. But, Iran says that's not true.