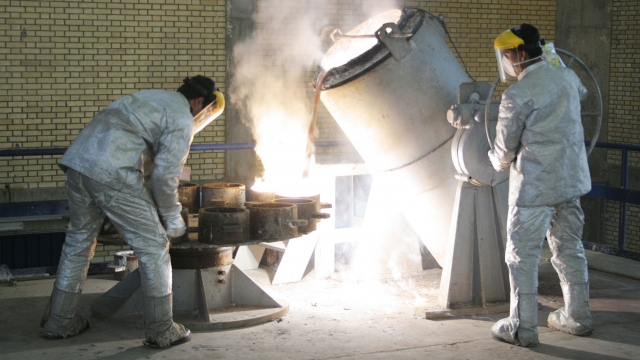 Iran announced on Sunday that it's in the second phase of breaking away from the 2015 nuclear deal. A government spokesperson said it has broken the uranium enrichment limit of 3.67%.

The breach comes about a week after the first phase: Last Monday, Iran officially exceeded the 300 kilogram enriched uranium limit set in the landmark deal.

The fate of the Iran nuclear deal was thrown into question when President Donald Trump withdrew the U.S. from it in May 2018. Over the next six months, the Trump administration reinstated all the sanctions that had been lifted. Then last month, the U.S. imposed even more sanctions, leading Iran to say those actions permanently closed the "path to diplomacy."

Iran's president gave an ultimatum to European powers  last week that it would breach the uranium enrichment limit if the countries didn't come up with a new nuclear agreement to offset the U.S.'s sanctions.

An Iranian official said the country will breach the agreement further if another 60 days pass without a new deal.