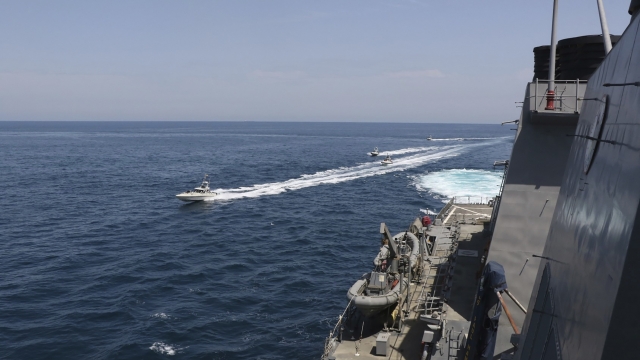 SMS
Iran Says It Will Target Any U.S. Vessels That Threaten Its Ships

One of Iran's top military leaders warned the U.S. on Thursday that Iran will target any U.S. vessels that threaten Iran's military or non-military ships.

Major General Hossein Salami said on state TV Thursday that Iranian counteraction will be decisive and quick. He cautioned: "Americans have experienced our power in the past and must learn from it."

The warning came a day after President Donald Trump ordered the U.S. Navy to "shoot down and destroy" Iranian gunboats if they harass American ships.

Tensions between the U.S. and Iran, which were already high, have been building even more for a couple weeks.

Last week, a Navy report accused Iran's Revolutionary Guard of using small boats to make "dangerous and harassing approaches" on U.S. craft in the Persian Gulf. While the IRGC recognized the incident, it denied involvement. Salami said American crews were being unprofessional and dangerous.

Then just hours before the president's tweet Wednesday, Iran successfully launched its first military satellite into space. U.S. officials called it a front for missile development, but Iran says that's not its intention.