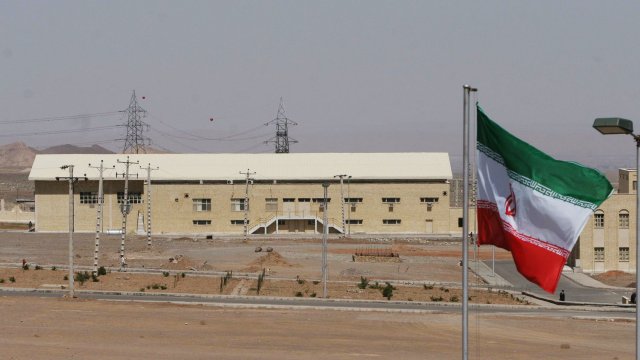 According to several reports, an Iranian intelligence official made the announcement during a news conference in Tehran Monday.

Iran announced it has arrested more than a dozen of its own citizens, accusing them of acting as spies for the U.S. Central Intelligence Agency.

According to several reports, an Iranian intelligence official made the announcement during a news conference in Tehran Monday. The official reportedly said 17 Iranian nationals were arrested over the last few months after working on "sensitive sites" in Iran's nuclear and military facilities. He added some will be sentenced to death.

CNN says it obtained a document from Iran's Ministry of Intelligence that echoed that same information. As of Monday morning, the CIA had yet to comment on the reports.

But on Twitter, President Donald Trump said the reports are "totally false," adding they're "just more lies and propaganda."

And Secretary of State Mike Pompeo told "Fox and Friends" the Iranian regime has "a long history of lying," and he said to take any of the country's claims with QUOTE "a grain of salt."

Announcements like these coming out of Iran aren't exactly unusual. As The New York Times notes, Tehran made similar statements about breaking up American spy rings twice already this year, both times without any evidence.