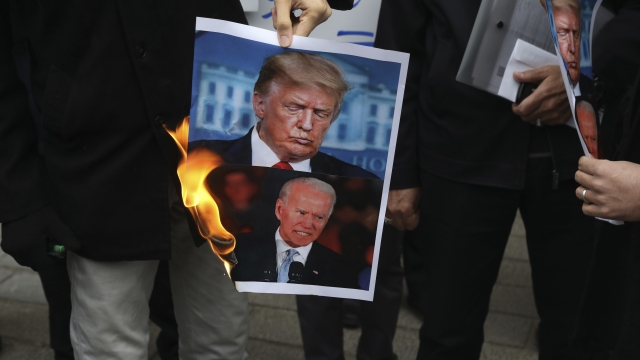 Iran's supreme leader is threatening revenge after the ambush killing of a scientist who headed the country's former nuclear program.

Ayatollah Ali Khamenei says there will be "definitive punishment" for whomever is responsible for the death of scientist Mohsen Fakhrizadeh, who died after gunmen opened fire on his car in an apparent assassination.

And Iranian President Hassan Rouhani blamed Israel, which has been blamed in past killings of Iranian nuclear scientists. An Israeli cabinet member said Saturday he had "no clue" who was responsible.

The scientist's death has renewed fears of another attack against the U.S, Israel's closest ally in the region. The U.S. killed an Iranian general earlier this year in a drone attack, prompting a missile strike on an American base in Iraq.

The attack comes in the last weeks of the Trump administration, which pulled out a 2016 deal intended to convince Iran to abandon its nuclear weapons program. Friday's killing will likely complicate any efforts by President-elect Joe Biden to restart nuclear talks with Iran.