Iran Plans To Take Legal Action Against US Over Sanctions 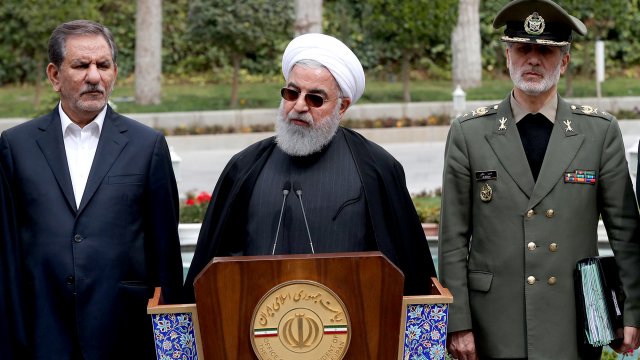 Iran plans to take legal action against the U.S. over its sanctions on the country.

President Hassan Rouhani said in a speech Monday that he ordered his government to file a lawsuit against the U.S. officials who designed and imposed the sanctions. If Iranian courts rule against the U.S., Rouhani said his country could then take the matter to the International Court of Justice.

Last May, President Donald Trump announced he was pulling the U.S. out of the Iran nuclear deal — which put restrictions on Iran's nuclear program in return for relief from economic sanctions. Months later, the U.S. gradually reimposed the sanctions on Iran that were lifted under the deal.

Rouhani argued that the sanctions "amount to [a] crime against humanity." He also said the sanctions have had a negative effect on the country's currency, leading to higher inflation.