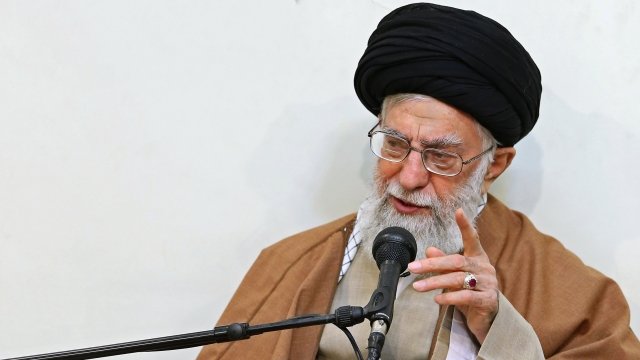 The country's supreme leader Ayatollah Ali Khamenei said in a Cabinet meeting Tuesday that Iranian leaders should give up hope that Europe could salvage the nuclear deal. Although he did say negotiations should continue, he added that "Iran could withdraw from the [nuclear deal], should it violate national interests of the country."

He also went on to criticize President Trump, pointing to his "explicit animosity" as to why there wont be any further negotiations with the U.S.

The Joint Comprehensive Plan of Action, aka the Iran nuclear deal, was an agreement between China, France, Russia, the U.K., the U.S., Germany, the European Union and Iran. Under the deal, Iran agreed to limit its nuclear program in exchange for having previous economic sanctions lifted. The U.S. reimposed sanctions in early August, which further added to Iran's recent economic woes.