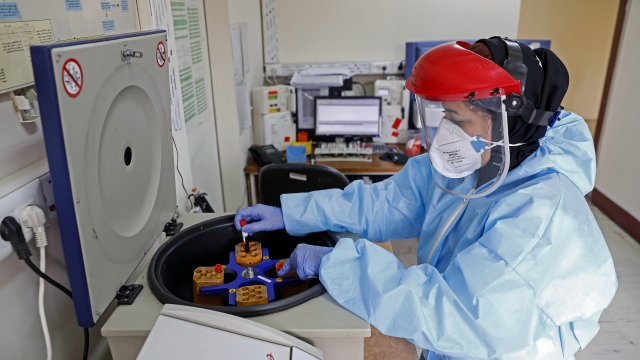 SMS
Iran Temporarily Frees 54,000 Inmates Amid Coronavirus Outbreak
By Gage Jackson
By Gage Jackson
March 4, 2020
The country has struggled to contain the virus' spread both behind bars and within its own government.
SHOW TRANSCRIPT

Iran is temporarily releasing more than 54,000 prisoners as it struggles to contain the spread of the coronavirus behind bars.

A spokesman for Iran's Judiciary said inmates were allowed to leave if they posted bail, tested negative for the coronavirus and have sentences of no more than five years in prison.

This is one of a number of measures Iran is taking to combat the virus. The country has reported more deaths than any other outside of China.

Iran has been criticized by its neighbors, which have reported a slew of cases linked to popular Iranian holy sites.

The country is now enforcing several travel restrictions after 23 members of its parliament tested positive. An adviser to Ayatollah Ali Khamenei died Monday after contracting the virus.

A team of specialists from the World Health Organization have been deployed to the region with medical supplies and protective gear. They also brought enough test kits to diagnose nearly 100,000 people.