Iran Has Discovered An Oil Field Containing Over 50 Billion Barrels 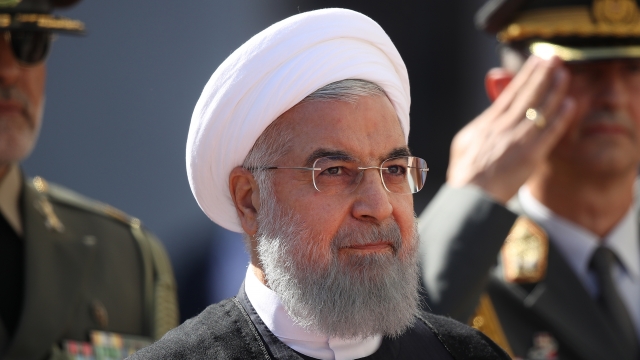 SMS
Iran Has Discovered An Oil Field Containing Over 50 Billion Barrels
By LeeAnne Lowry
By LeeAnne Lowry
November 10, 2019
During the announcement, Rouhani directed some of his comments at the U.S.
SHOW TRANSCRIPT

The field in southwest Iran would be the country's second largest oil field. It could boost the country's crude oil reserves from roughly 150 billion to over 200 billion barrels.

Iran currently ranks as the fourth nation with the most proven oil reserves. This new field would move it into third place, passing Canada.

Iran's economy has been strained and its currency has sharply devalued since the U.S. pulled out of the Iran nuclear deal last year and imposed sanctions against any country that buys Iran's oil.

Rouhani directed some of Sunday's announcement at the U.S., saying, "I am telling the White House that in the days when you sanctioned the sale of Iranian oil, the country's workers and engineers were able to discover 53 billion barrels of oil."