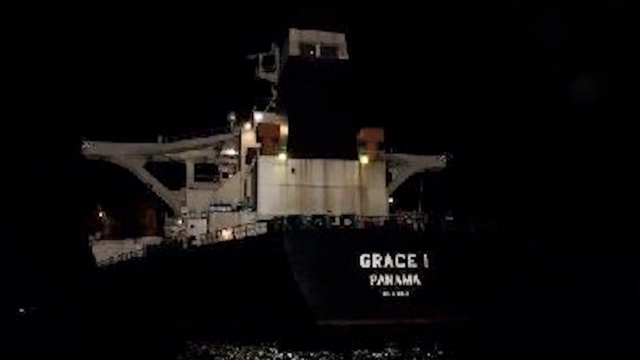 SMS
Iran Demands Return Of Oil Tanker Seized By British In Gibraltar
By Ahmed Jawadi
By Ahmed Jawadi
July 5, 2019
​On Thursday, authorities in Gibraltar seized an Iranian tanker on suspicion it was carrying oil to Syria, which is a violation of EU sanctions.
SHOW TRANSCRIPT

Iran is demanding that one of its oil tankers be released after British forces in Gibraltar seized the ship.

On Thursday, British Royal Marines, police and customs agents seized the tanker, named Grace 1, on suspicion it was carrying Iranian crude oil to Syria, which is a violation of EU sanctions against the Syrian government. The move prompted Iran to summon the British ambassador in Tehran to the Iranian Foreign Ministry later that day. A senior Foreign Ministry official compared the ship's seizure to "maritime piracy," and accused Britain of doing it "at the request of the U.S."

But Gibraltar's government denied U.S. involvement, saying its decisions were solely based on "having reasonable grounds to believe that the vessel was acting in breach of established EU sanctions against Syria." It also said it is extending Grace 1's detention by two weeks after obtaining an order from the territory's Supreme Court.