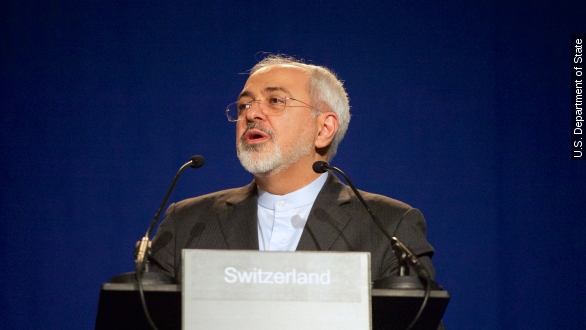 SMS
Iran Celebrates Nuclear Deal As Step To Economic Relief
By Matt Picht
By Matt Picht
April 2, 2015
News of a breakthrough on negotiations over Iran's nuclear program was welcomed by Iranians who want relief from economic sanctions.
SHOW TRANSCRIPT

In Tehran, car horns and cheering crowds greeted the news that negotiators have reached a framework agreement on dealing with Iran's nuclear program.

Iranians celebrated the announcement across social media, posting messages of gratitude to Iranian Foreign Minister Javad Zarif, who represented Iran at the talks, as well as their own personal reactions to the news.

And in a historic first, President Obama's remarks on the agreement were broadcast live on Iranian state TV agency IRINN — which also led to some historic selfies.

All this, even though the current agreement is only a temporary framework for a more comprehensive, binding agreement which is due June 30. Thursday's deal won't have any immediate impacts on Iran, but it's still getting rave reviews from the country.

That's because the agreement contains a light at the end of the tunnel for Iranians — an end to the harsh international economic sanctions which have hit the country hard. The sanction regime has led to mass unemployment and inflation. (Video via CNN)

Many people are predicting the deal is the first step towards an economic recovery for Iran. One Tehran citizen told The Guardian, "From a psychological standpoint there will be a sense from the people that things are heading in the right direction."

Not everyone in Iran is celebrating, however. A volunteer in Iran's Revolutionary Guards told the Financial Times the country's leader "has sold out Iran to western powers. ... Iran will be ruined with this deal."

Unsurprisingly, Israel is less excited about the prospect of any deal that lets Iran hang onto its nuclear program. Israeli Prime Minister Benjamin Netanyahu told Obama Thursday the current deal would threaten the survival of Israel.