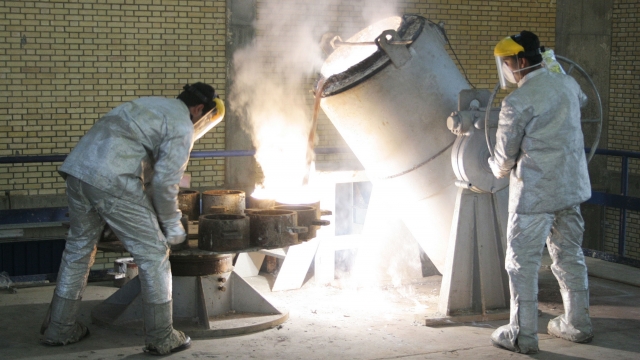 SMS
Iran Announces Final Step In Reducing 2015 Nuclear Deal Commitments
By Katie Cammarata
By Katie Cammarata
January 5, 2020
Iran has been gradually reducing its commitments under the nuclear deal since President Trump pulled the U.S. out of the agreement in 2018.
SHOW TRANSCRIPT

Iran will no longer abide by the uranium enrichment limits of the 2015 nuclear deal.

Iran has been gradually reducing its commitments under the nuclear deal ever since President Trump pulled the U.S. out of the agreement in 2018.

Last year, Iran restarted enriching uranium at levels slightly beyond the limits set by the international agreement. The country threatened a further breach of that deal in early January if it wasn't granted sanctions relief.

Iran's government said in a statement Sunday that the country's nuclear program "will have no limitations in production including enrichment capacity and percentage and number of enriched uranium and research and expansion."

Iran did say it will continue to cooperate with the International Atomic Energy Agency and would return to its "obligations" under the deal if sanctions are lifted.

Correction: A previous version of this story incorrectly named the International Atomic Energy Agency. It has been updated.