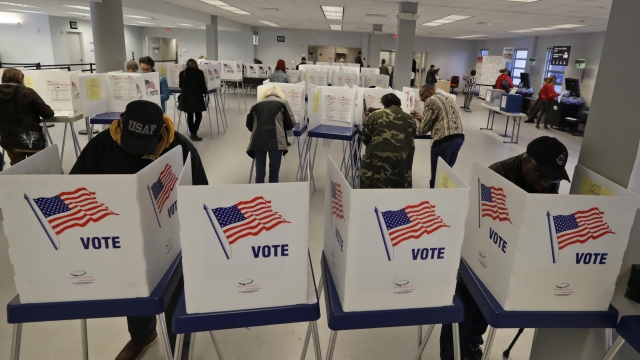 Moscow and Tehran are denying accusations leveled against them last night by senior U.S. officials.

"We have confirmed that some voter registration information has been obtained by Iran, and separately by Russia," said U.S. National Intelligence Director John Ratcliffe.

Democrats briefed before a last-minute press conference are taking issue with the focus on President Trump being undermined.

"From the briefing, I had the strong impression it was much rather to undermine confidence in elections and not aimed at any particular figure,” said Senate Minority Leader Chuck Schumer.

Intelligence director Ratcliffe specifically said Iran sent falsely sourced emails — without providing evidence. Newsy obtained an email, which was made to look like it came from the pro-Trump Proud Boys group.

"The message included an intimidating message suggesting that the person needed to change their party affiliation, vote a certain way," Kristen Clarke, President and Executive Director, Lawyers’ Committee for Civil Rights Under Law, told Newsy. "And the center also claimed to have personal information about the individual."

Sen. Marco Rubio (R-FL) says the only way Iran and Russia will be successful is if Americans fall for it.

Sen. Marco Rubio says the only way Iran and Russia will be successful is if Americans like you and me fall for it.