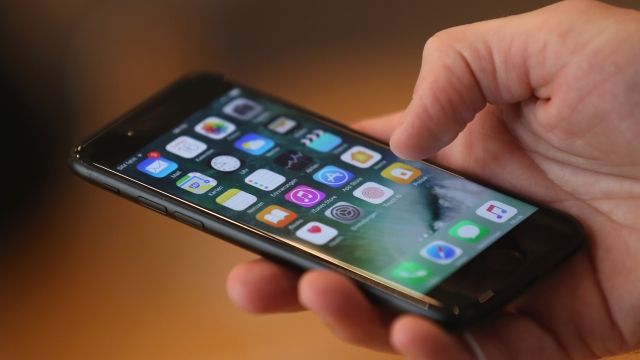 Apple apparently made different versions of the iPhone 7, and one of them might be ... a tad worse.

It has to do with the speed of the phones. Some iPhone 7s were built with a Qualcomm modem, while others have an Intel modem. Research firm Cellular Insights recently found Qualcomm modems work 30 percent better than their counterparts.

And if you want to make sure you get the faster phone, you'd have to consider switching phone carriers.

Verizon, Sprint and SIM-free models have the Qualcomm modem. Phones from AT&T, T-Mobile and Telstra have the Intel hardware.

Before you start feeling cheated, you should probably know that this isn't a first for Apple. You might remember not too long ago that one iPhone model had a variation in its processors.

Plus, the difference in speeds in the iPhone 7 isn't that noticeable. Cellular Insights found the Intel modems were roughly the same speed as the iPhone 6S.