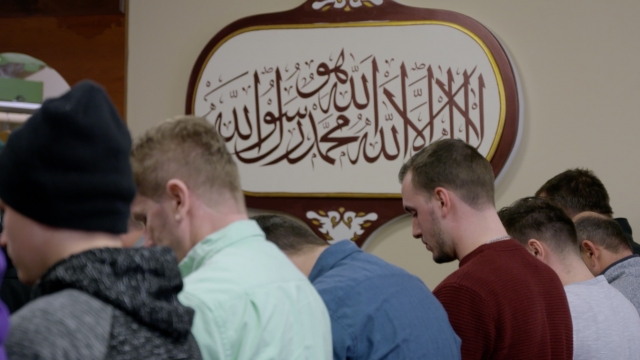 It's a familiar tradition for Iowans to brave chilly temperatures and snow in order to be the first to make their voices heard in presidential nominating contests. But this year some will get to do it on more familiar ground at so-called 'satellite' caucus sites.

"I mean our main goal here at the mosque is not only to have this building to serve as a place of prayer but as a place of resources as well," said Moren Blazevic.

The Islamic and Cultural Center Bosniak will be one of 60 satellite caucuses in Iowa.They are happening in locations that haven't traditionally hosted caucuses -- like nursing homes, college campuses and community centers.  It's all part of an effort by Democrats to preserve the unique tradition that is the Iowa caucuses while also making the process more comfortable and accessible for communities like the growing Bosnian American population in Des Moines.

There can be many barriers keeping Iowans from participating in a caucus. Weather is one of the main factors but also child care or work could get in the way. But for many people here in Iowa, language is also an issue.

"A lot of these individuals they came after the war in Bosnia.  They were busy just working grinding, trying to create a future for us. There wasn't anytime for ESL classes or anything like that," Blazevic said.

Campaigns and supporters of candidates have already started reaching out to the Bosnian community here in their native language. And it's happening among groups in the state as well. About a two-hour drive northwest of the cultural center is Storm Lake, Iowa, a small community with a growing immigrant population.

You're caucusing for the first time, tell me about that process are you excited to caucus?

"I am [beyond] excited to caucus," said Linda Torres. "Yeah just the last time I didn't caucus, I really didn't know much about how to do [it] and what steps I had to do first."

Torres is a first generation American. She decided to get involved after learning more about the political process in college and after hearing from all the candidates who've made campaign stops at the cafe.

"Meeting all these new people here I was just like wow we can make a change and I felt so small and now I feel so big,"Torres added.  "Appreciation!"

Along with language assistance, caucus goers will also be able to bring their children to the Better Day Cafe on February 3rd  -- removing another barrier to participation.

Iowans at 24 different sites across 13 different states and DC will be participating in caucuses, and there are events overseas in France, Scotland and the Republic of Georgia.

The Iowa Democratic Party is hoping to get as many people as possible involved, but even with all these changes some may left out of the process.

"Well what we say is that we have these opportunities to participate and that's really what these satellite sites are," said Troy Price, chair of the Iowa Democratic Party. "That's one of the things that we are doing differently this year, as well [for] those who need accommodation at their caucus sites. We are doing that."

It's all part of adapting one of American politics most unique traditions, while also preserving a responsibility Iowans take seriously.

"Maybe just being old school I would like caucuses to stay around. It's how things have been done for the longest time and.." Tradition? "Yeah tradition, exactly," Blazevic said.