Iowa's Not Great At Picking Presidents, So Why Is It So Important? 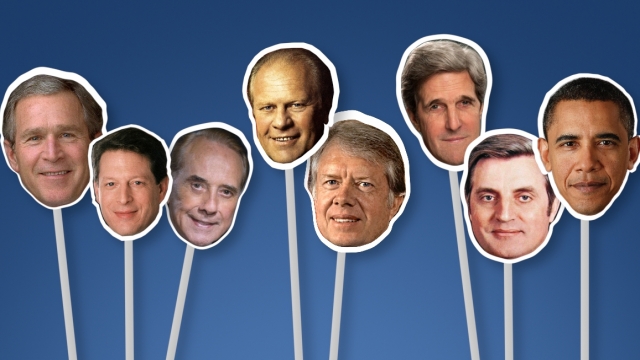 SMS
Iowa's Not Great At Picking Presidents, So Why Is It So Important?
By Eugene Daniels
By Eugene Daniels
January 26, 2016
Politicians seem to be obsessed with the Iowa caucuses, but does it actually matter that much?
SHOW TRANSCRIPT

How did Iowa become so important in presidential elections? Well, the answer is pretty simple: It's just the luck of the draw.

Before the 1972 presidential race, the Democratic Party changed its primary season, and for no real reason, the Hawkeye State ended up as the first caucus. (Video via CBS)

And in 1976, then-presidential candidate Jimmy Carter decided to spend a good amount of time campaigning in the first contest state. Though, more people were actually uncommitted, it paid off: He got the most votes of any candidate in the caucus, the nomination and then the presidency. (Videos via Iowa Public Television, C-SPAN)

And thus the myth was born: winning Iowa meant winning the White House.

Iowa decided to seize the opportunity to build on that myth and actually wrote into Iowa law its caucuses have to be the first contest — forever.

But what kind of track record does Iowa have in predicting a party’s eventual nominee? Not that great. (Video via Big Ten Network)

Since 1972, Iowa has chosen five nonincumbent Democrats and three Republicans who would go on to be the party nominee. Only three of those eight men would go on to win the presidency.

So the most obvious question is: What are the Iowa caucuses good for? Momentum.

Topping the ballot in Iowa isn’t easy. Voters in Iowa take their role pretty seriously, they stay involved, and in turn, candidates spend a lot of time traveling the state.

In general, long-shot campaigns that don’t do well on that fateful caucus day tend to have to face the music and drop out.

But every once in a while, just doing better than expected in Iowa can help launch a candidate from underdog to nominee.

The best modern example is President Obama in 2008. Going into Iowa, Obama was still seen as the underdog to Hillary Clinton but winning the caucus and shocking the political world gave his campaign the momentum it needed to put him in the White House.

So Iowa doesn't really predict that much — but don't tell Iowa that.