Iowa Leaders Push Back On Proposed EPA Rule For Ethanol 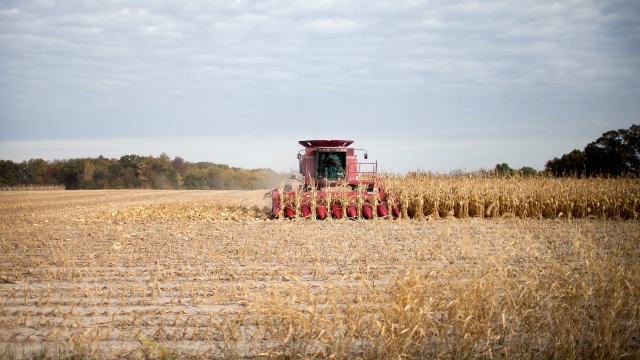 SMS
Iowa Leaders Push Back On Proposed EPA Rule For Ethanol
By Meg Hilling
By Meg Hilling
November 8, 2019
Iowa's governor and senators, as well as corn farmers, are concerned that the rule doesn't ensure that ethanol will be blended into fuel supplies.
SHOW TRANSCRIPT

Politicians in Iowa are pushing back on a proposed EPA rule that would potentially decrease ethanol production.

The state's governor and senators, as well as corn farmers, are concerned that the way this rule is written doesn't ensure that ethanol will be blended into fuel supplies, which is a major market in the state. Ethanol is made from corn, and Iowa is the leading U.S. producer of both.

Historically, small refineries have been given exemptions when it comes to adding ethanol to fuel supplies if the process would be too difficult. As a result, larger refineries have often been expected to make up for the difference. The EPA's proposed rule would require refineries to add ethanol based on projections rather than the actual number of gallons exempted.

And Grassley isn't alone. Iowa Gov. Kim Reynolds voiced frustration with the rule in a statement Thursday, saying, "I was very disappointed to learn that the EPA had re-interpreted what was agreed to."

Earlier this fall, President Trump promised to increase the number of gallons of  ethanol refineries would blend into fuel.

The EPA said it will review the public comments as it evaluates its proposal.