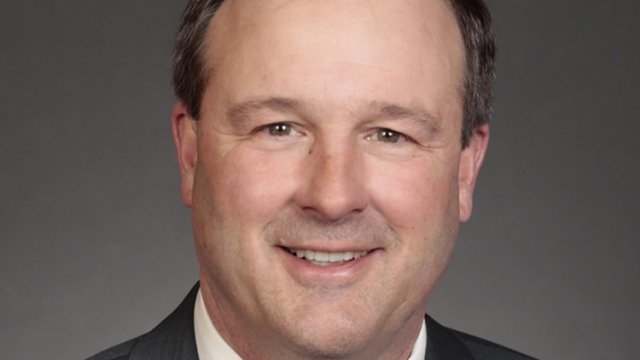 The majority leader of Iowa's Senate stepped down from his position after footage that appears to show him kissing a lobbyist was posted online.

Bill Dix resigned Monday afternoon, according to a statement from the Senate's president.

The news came just hours after the Iowa Starting Line website published photos and video of what appears to be Dix, who is married, kissing the unnamed lobbyist at a Des Moines bar. An election to fill the vacant majority leader position will be held Wednesday.