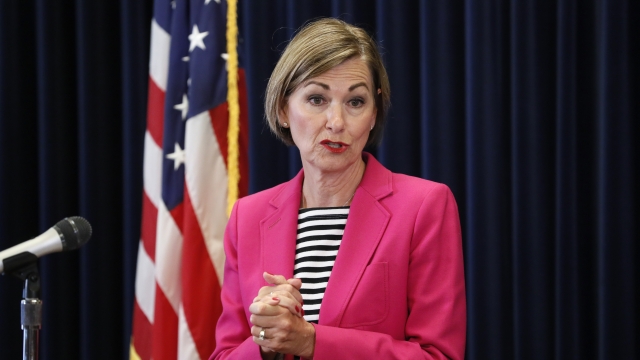 Iowa's governor signed an abortion law that requires women to wait at least 24 hours before getting an abortion.

Republican Gov. Kim Reynolds signed the law Monday after arguments were heard from Planned Parenthood and the state of Iowa in a court case aiming to block the law.

Reynolds said in a statement: "I am proud to stand up for the sanctity of every human life. I applaud the Iowa lawmakers who had the courage to stand strong and take action to protect the unborn child."

The law is set to take effect Wednesday. Planned Parenthood argues it violates the due process and equal protection rights of women who are seeking abortions.

Just two years ago, the court struck down a similar abortion law signed by Gov. Reynolds that would have required women to wait 72 hours before getting an abortion.

Additional reporting by David Pitt of the Associated Press.