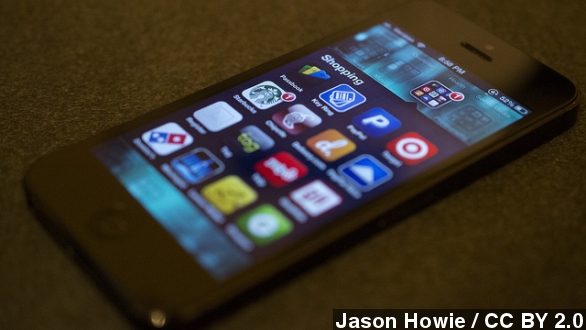 SMS
Iowa Driver's License App Brings Us Closer To Digital Wallet
By Ben Lawson
By Ben Lawson
December 11, 2014
The digital wallet is closer to becoming a reality thanks to plans for an app that will display Iowa driver's licenses on smartphones.
SHOW TRANSCRIPT

The free app would display an image of an Iowa citizen's driver's license just like it would appear on a plastic card. It could be used anytime you would need a driver's license, such as for traffic stops, purchasing alcohol or security screenings at Iowa airports.

With the rise of services like Apple Pay and Google Wallet, smartphones could soon replace your traditional wallet. Iowa is also one of 30 states that lets drivers show proof of insurance on their phones. (Video via CBS)

The ID service is still in development and is planned for testing sometime in 2015, with the hope of a full rollout in 2016. There are still some logistical concerns to work out until then.

For example, if you're pulled over, you'd have to hand your phone over to the officer, who would then have to take it to their cruiser. The Des Moines Register notes this raises all kinds of questions.

For instance, what if a driver wants to record the interaction with the officer on his or her phone ... or what if they need to send a call or text during the stop, potentially to a lawyer?

Also, if the phone's battery is dead or the screen is cracked, rendering the bar code on the license unreadable, the driver could potentially be subject to the same tickets or penalties as if they didn't have their license on them at all.

But Iowa will still issue traditional, plastic licenses as well, so just because you have the app doesn't mean you won't have access to a physical card.

And as far as security goes, an Iowa Department of Transportation official told Mashable that the digital license will be even more secure than a plastic one if the phone is lost or stolen, considering the app is password-protected.

Right now, a four-digit PIN is required is to access the app, but officials are considering adding fingerprint scanning or some kind of facial recognition in the future.

This video includes images from Getty Images and William Hook / CC BY SA 2.0.