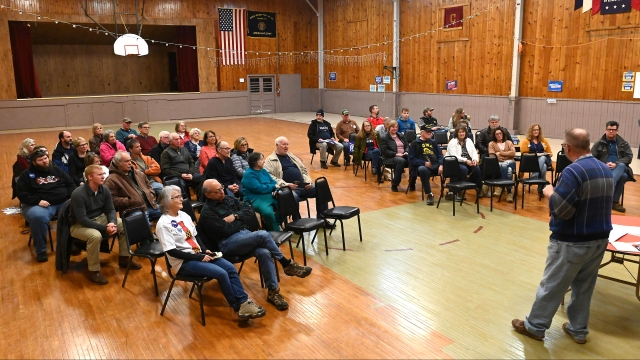 The Iowa Democratic Party said the holdup was due to inconsistencies in data obtained from a mobile app used to report vote tallies.

Two days after the 2020 Iowa caucuses, the Democratic candidates are still waiting for the final results.

As of Wednesday evening, the Iowa Democratic Party had released results from 86% of the state's precincts. Pete Buttigieg is in the lead with 27% of the vote, but Sen. Bernie Sanders is trailing him by just a hair. Sen. Elizabeth Warren, Joe Biden and Sen. Amy Klobuchar round out the top five.

The party blamed the delayed results on a mobile app used to report the vote tallies. The party said Tuesday the information being put into the app was accurate, but a coding error meant state party officials only saw partial data.

The lack of results didn't stop candidates from declaring success on caucus night.

"Because by all indications, we are going on to New Hampshire victorious," Pete Buttigieg said.

"We know there are delays. But we know one thing: We are punching above our weight," Sen. Amy Klobuchar said.

"I have a good feeling we're going to be doing very, very well here in Iowa," Sen. Bernie Sanders said.

Most Democratic candidates are now focused on New Hampshire, which will hold its primaries on Tuesday.