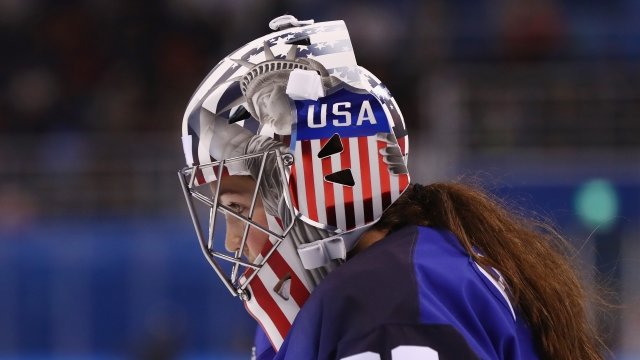 The International Olympic Committee will allow the Statue of Liberty to remain on goalie masks for the the U.S. women's ice hockey team.

USA Today reports the IOC debated whether to make the team remove the decals from two of their goalkeepers' masks over a possible violation of its policy on political symbols.

IOC rules state words from a national anthem, political slogans or messages related to national identity are not allowed on clothing, equipment or other items worn by anyone participating in the games.

The IOC told the U.S. team on Tuesday they could keep Lady Liberty on the masks.