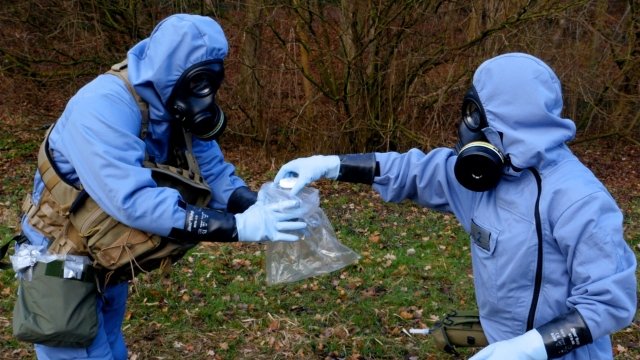 Syria and Russia say they had to take care of security concerns before the team could inspect the area.

Here's what we know about the suspected chemical attack: Aid groups say dozens of people died and hundreds more experienced "symptoms consistent with exposure to toxic chemicals" in Douma earlier this month.

Russian officials say the attack was staged. World leaders from the U.S., U.K. and France say the Syrian government is responsible. And U.S. officials are reportedly concerned that Russia might have tampered with the site.

Once investigators get to Douma, they're expected to take soil and other samples to identify the chemical used in the attack.