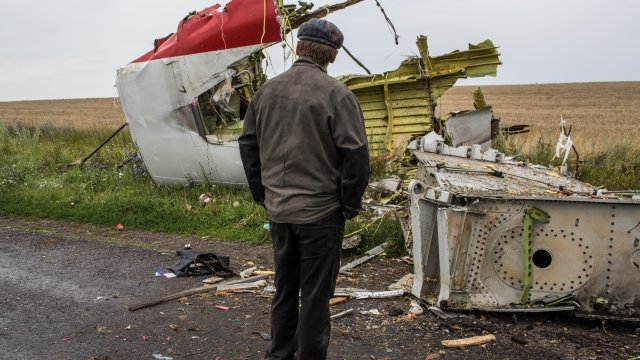 Investigators say the missile system that brought down Malaysia Airlines Flight 17 belonged to a branch of the Russian military.

The commercial plane was traveling from Amsterdam to Kuala Lumpur when it was shot down over eastern Ukraine in July 2014. All 298 people on board died in the crash.

Dutch investigators have long said the plane was destroyed by a Russian-made Buk missile. But this is the first time investigators have said a specific unit in the Russian army was involved. That unit is the 53rd anti-aircraft missile brigade based in western Russia.

On Thursday, the Joint Investigative Team said this conclusion is based on "extensive comparative research."

The team called for witnesses to come forward with more information about the missile system. Russia has denied it was involved in the incident.